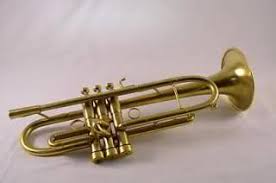 Hør låta In The Dark på Spotify. Klikk her 🙂

Closer is an album full of dynamic and intimate songs. The songs have a groovy jazz feel  and the lyrics contain Siljes views of life as she sees it.

Silje has been doing music professionally over 20 years. She has, among other things, studied vocal and voice-performance in  Copenhagen and she has performed on different stages all over the south of Norway doing both her own songs and personal versions of other songs. And now, finally, Silje releases her debut album as an artist and songwriter in her own right.

For the last couple of years Silje has been sorting her musical sketches and ideas, some of which she has had around for a long time. Lyrics have been finished, melodies and arrangements have been worked out and polished.

Siljes songs tells stories about both close and casual relations, about the joy and wonder of life, passion and vulnerability. These are aspects of life that many of us can relate to and recognize.
Collaborating with the Swedish bassplayer/producer Anders Mossberg Silje has finished the album and she is now ready to release the 10 songs within it.

With the album Closer I am giving you little snapshots of my journey so far.

I was brought up in a house full of songs. Because of that singing has always been around, ever since I was born. Music has, from the very beginning, been a huge part of my life and that makes it even more special to present my debut album, at this time, in midlife.

Soul, funk, folk, jazz, pop are some of the genres that Silje loves. Artists like: Stevie Wonder, Lisa Nilsson, Eva Weel Skram, D´sound, Chaka Khan and Beady Belle have all been an inspiration for Silje leading up to her debut-album.